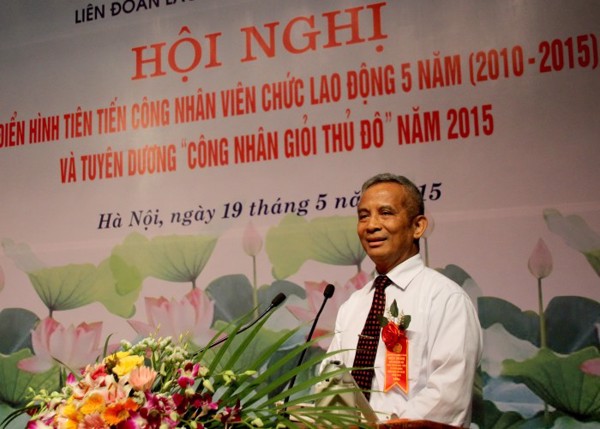 With the practical activities and achievements gained in the past five years (2010 - 2015), TrungThành Community is honor to be one of 171 typical advanced community honored in Congress praised the advanced models of labor officers. With a large force of enthusiastic and dynamic staffs, TrungThành Labor Union had always been identified as a key institution leading in front within all the activities, movements, ... To achieve above achievements, we really need to thank the interests and facilitate in many aspects from Labor Union of Hoang Mai district and TrungThành's Leaders.

This is the hallmark recognizes striven tirelessly collective of TrungThành's staffs and officers, and also is an inspiration, a great encouragement to the Executive Committee of TrungThành Labor Union.