After a month of preparation for many celebrating activities, on January 8, 2015 evening, the program “TrungThành Gala Dinner – Spring Colour 20 years old” took place in the jubilant and warm atmosphere at foodstuff processing factory in Dong Van, Ha Nam. The Gala was attended by the leaders, officers and employees of TrungThành  as well as important partners of the company.

Opening the program was the inaugurating speech of the Chairman - General Director of TrungThành Mr. Phi Ngoc Chung. 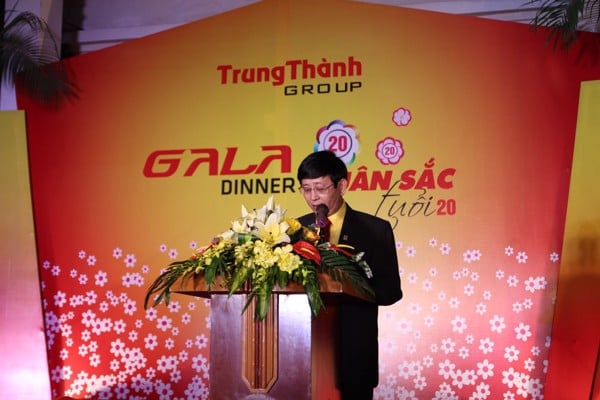 Mr. Phi Ngoc Chung has speak to open the event

The most notable highlight of the program is the solemn torch receipt of young directors team who  are adjacent layer symbolizing youth, vitality and longevity of TrungThành. The fire burning in the hands of the young managers team is sacred images demonstrating the recognition of all the devotion, faith, hope and desire to devote their best efforts for the development of the company. 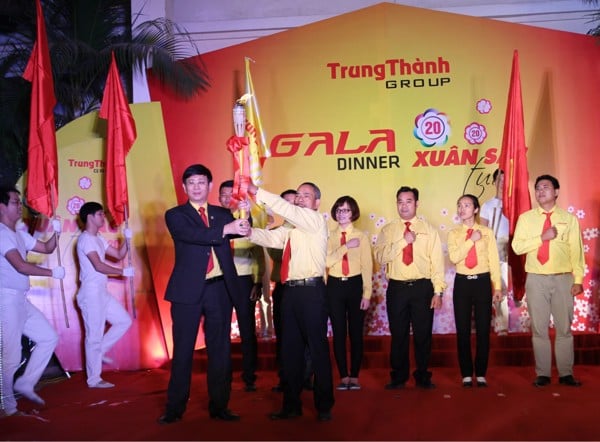 The torch was handed to the captain Mr. Phi Ngoc Chung not only brings spiritualization in feeling, but also expresses the enthusiasm of youth as a undertaking of TrungThành young directors that they will determine to outstanding complete tasks outlined 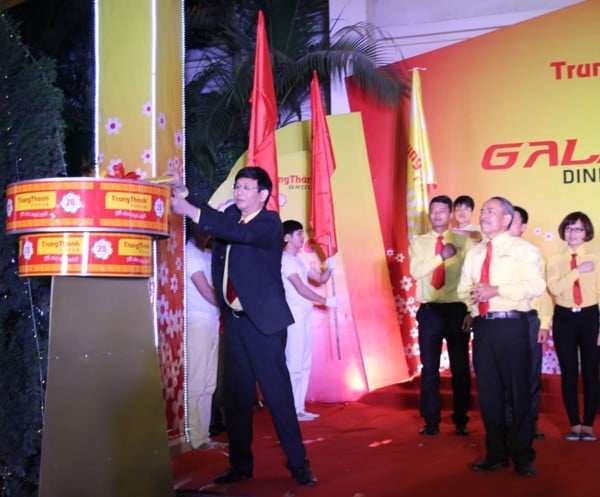 The torch was lit up a fire station like the strength to overcome all limitations, the greatest manifesto of directors for the prosperity of TrungThành, the call for all employees to get achievements in the celebration of 20 years date of establishment of TrungThành 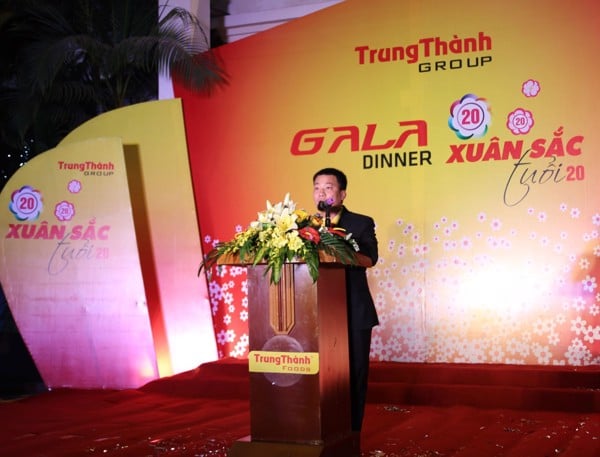 In 2014, TrungThành reached more than 30% growth compared to the previous year and received many valued awards at the state level, notably two Third-Class Labor medals awarded by the President. Getting this achievement is due to the trust and cooperation of partners and customers as well as the collective contributions of outstanding individuals who had also made important contributions to the development of the company. 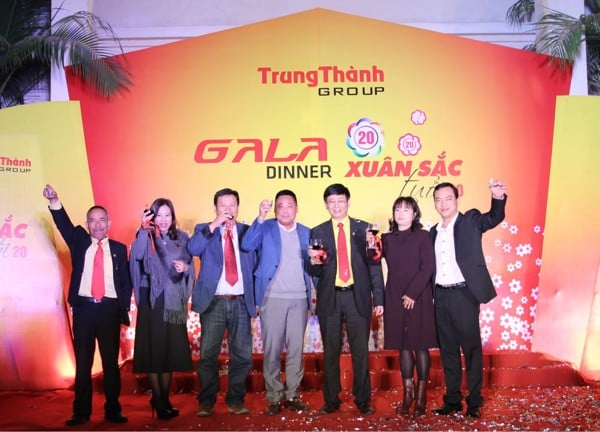 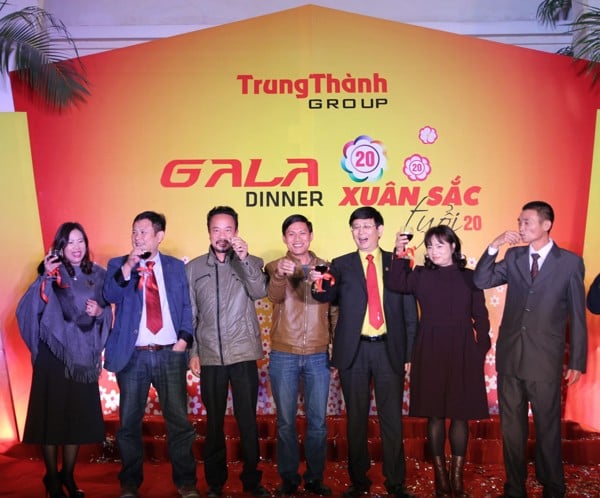 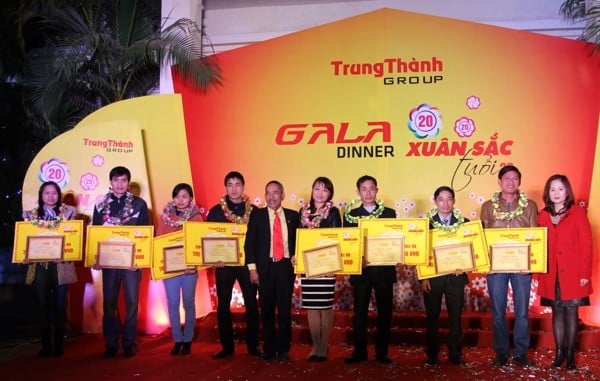 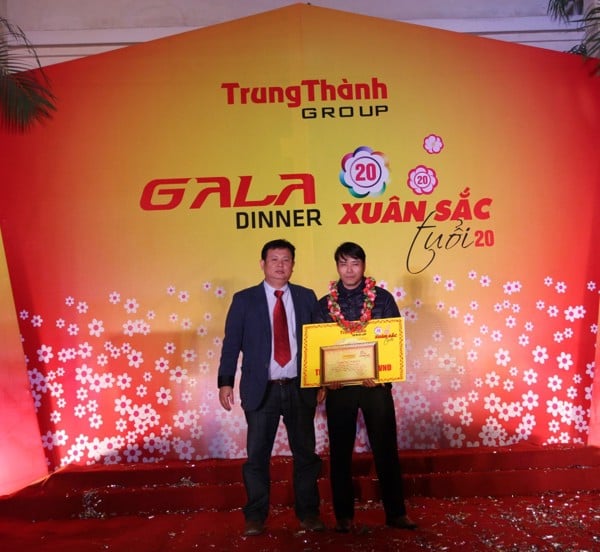 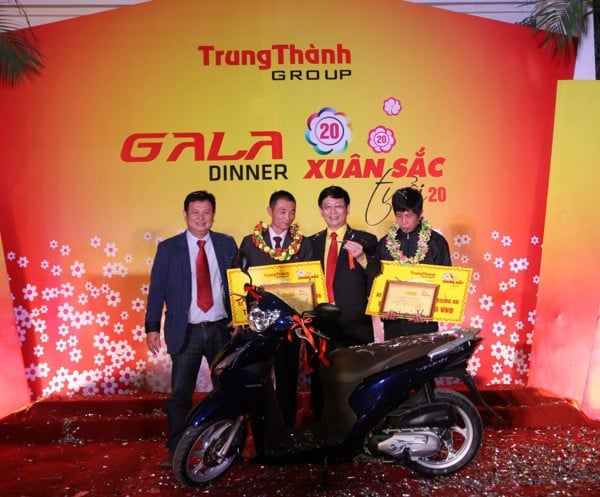 Mr. Phi Ngoc Chung (second from the right) and Mr. Phi Van Thanh (first from the left) award to 2 distributors who have the most outstanding achievements in competition 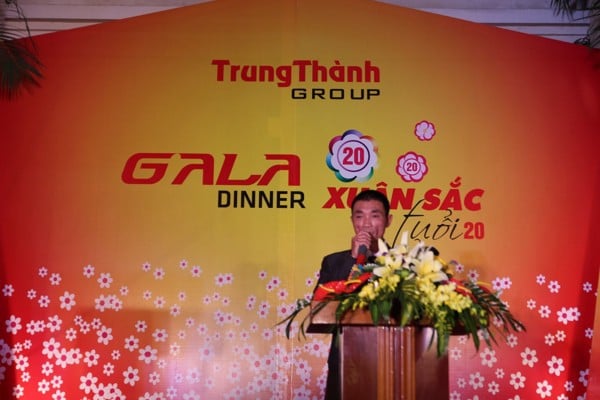 Representatives for Van Hung distributor – Ha Dong, Mr. Do Van Hung express the thank-you to TrungThành in general and Mr. Phi Ngoc Chung in particular for trusting and choosing them as a partner in many last years 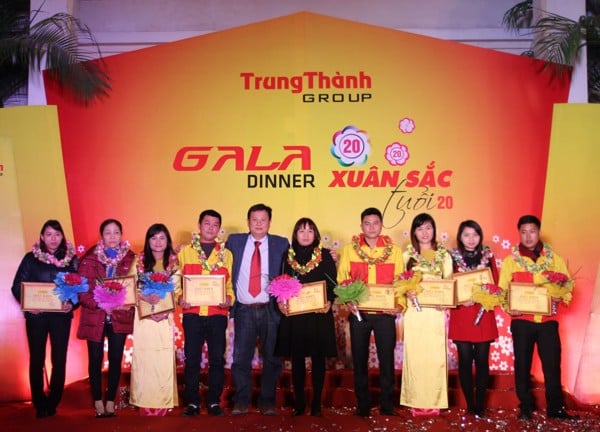 Honouring employees who had outstanding achievements in 2014 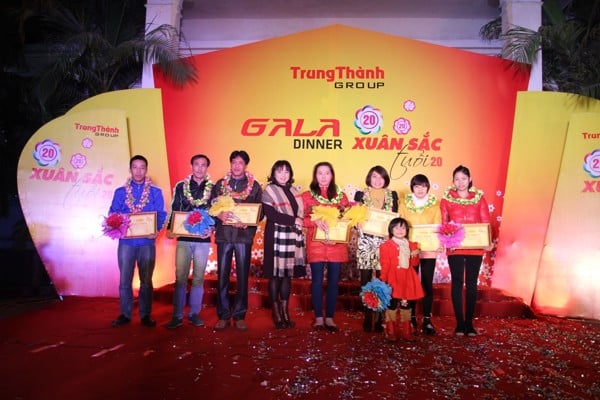 Mrs. Vu Thuy Nga (fourth from the left) awards to employees of factory

Alternating between the main contents of the program is the amount of entertainment such as music and dance, etc. The contest "TrungThành Talent" with the monumental investment in content scripts, costumes and choreography of the teams has received praise and enthusiastic responses from audiences. The comedy “Love story of Miss Mắm” of Supermarket Channel, Export and Accounting Department has brought laughter and received the applause relentlessly from the audiences. It got the award for “The best item and best investment" in Gala dinner 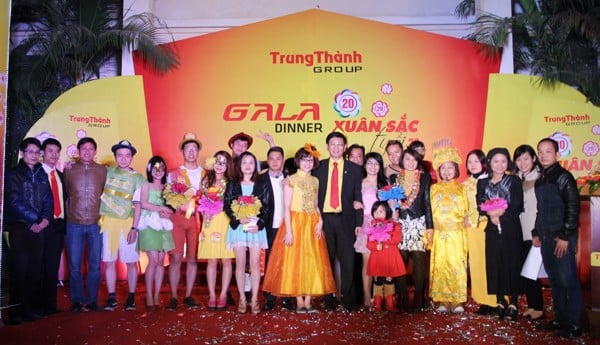 “TrungThành Gala Dinner – Spring Colour 20 years old” was successfully held in the jubilant and warm atmosphere. Here, TrungThành family meets together and congratulates a happy new year when TrungThành will be entered a stage of adulthood, promises to bring more successes in the future. With that spirit, we have the basis to believe that the loyalty partners and members of TrungThành will always determine to overcome challenges and toward the future.